a41cv is my open source HP41CV simulator. The first production version of a41cv was released in February 2011. Nearly all of the orriginal HP41CV functions are implemented:

The calculator differs from the HP41CV in the following ways:

If you like this app and find it useful you can support it by donating and help keeping it free and free of adds ;-)

Android41cv is translated into English (at least I have tried) and Danish. If you want it in your own language all you have to do is to translate this file

a41cv are known to work on:

If you know of more - let me know!

Any wishes for coming versions of a41cv? - drop me a mail!

You can find a on-line version of the manual for the orriginal HP41CV calculater. 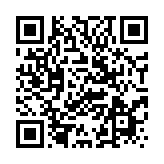 This Andsen page was last updated in january 2012